Here's a Forensic Story that I absolutely adore. 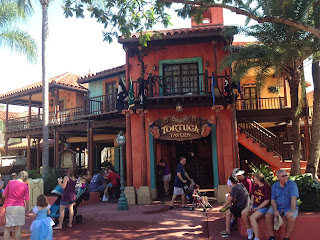 Tortuga Tavern is a restaurant in the Magic Kingdom, directly across from Pirates of the Caribbean. Here's the view from the Tavern. 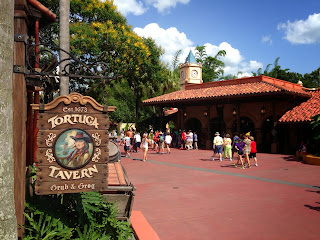 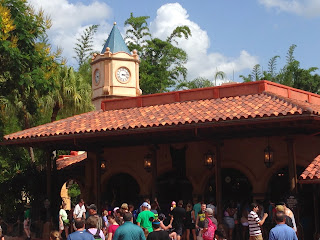 The Floridian version of Pirates is set inside a Spanish fort--the same fort that the pirates attack, once we're on the ride. 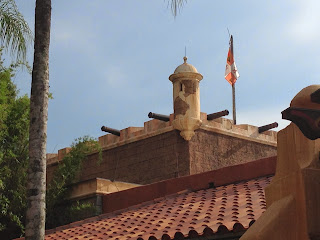 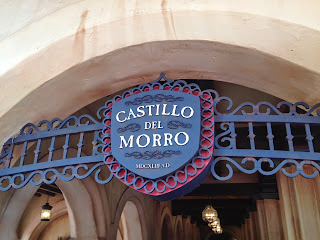 Now let's return to the Tavern, and take a closer look at the flags above its entrance. 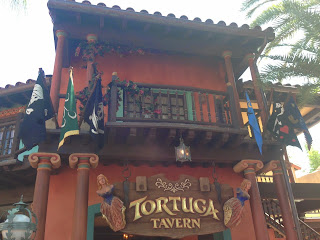 Notice how many of them are Jolly Rogers? 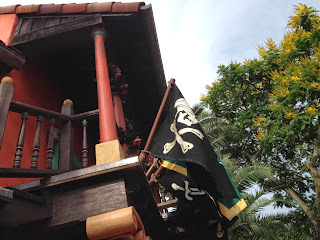 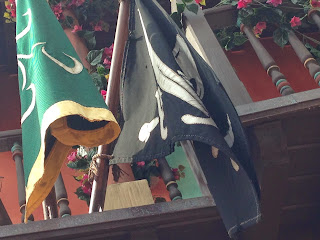 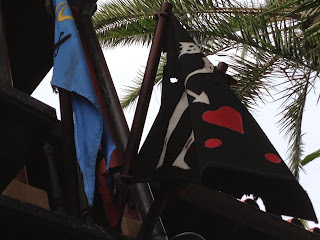 Even on a windless day, it's clear: Tortuga Tavern is literally flying piracy in the face of the Spanish Navy! How ballsy is that?!

So far, I favor two interpretations. Either...

The pirates--who are so numerous and influential in Caribbean Plaza that they've actually bullied the Spanish Navy--can kidnap and ravage and not give hoots in plain sight.

The Spanish Navy is so corrupt that they're willing to turn a blind eye to piracy...even if that means never looking across the street.

We can take these interpretations farther, still, if we imagine that the pirate-themed signage around the queue is not only advertising for the ride, but is also graffiti that the pirates have added onto their enemies' stronghold. 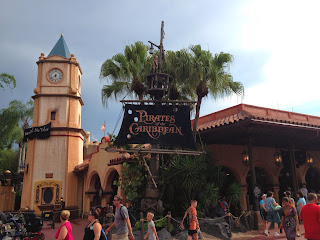 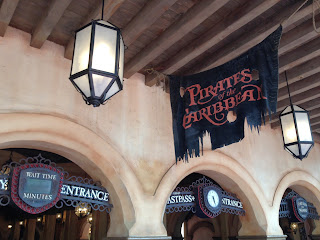 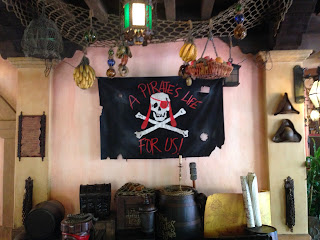 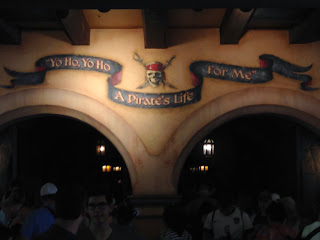 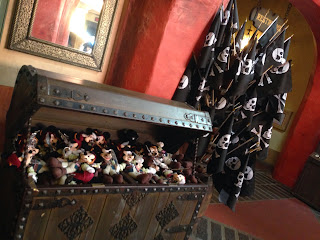 Imagine the scenes implied by these props! The pirates elevate trolling to an art-form: upstaging the fort by dragging a mast ashore and leaning it up against the building, displaying flags and personal belongings in the queue, spending meticulous hours painting a crest above the entrance, filling the exit with their own merchandise...

...all while the Spanish soldiers are either cowering inside, or taking endless cigarette breaks behind the building, wondering why they ever bothered to enlist.

These interpretations also explain why I wear the least threatening costume in all of Disney World. 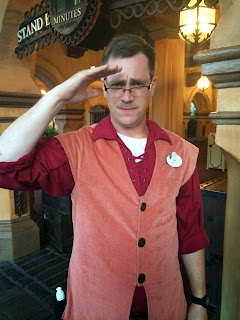 Photo courtesy of my friend, Brad

Either way, the flags offer an entirely new way to think about the ride. Impressive, given that the Floridian version of Pirates was already thirty-eight-years-old when the flags were added, and that the flags are...well...just some flags.

Such is the power of a well-crafted Forensic Story.