Marc Davis was one of the most influential Imagineers of all time. Chances are, if you like Disney’s parks, he had something to do with it. 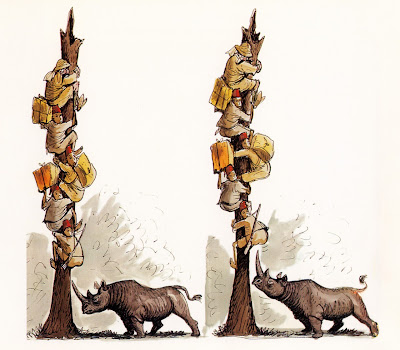 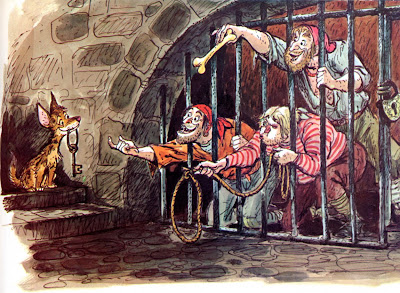 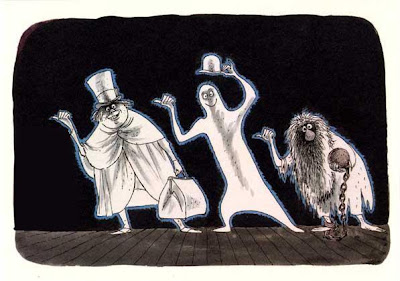 He’s certainly one of my heroes, and--like any worthwhile hero--when he says something I disagree with, it forces me to evaluate my beliefs.

Well, it took three years of research, but I can now say honestly that, in the following quote, Marc Davis pisses me off.

“[Walt] didn’t like the idea of telling stories in this medium. It’s not a story-telling medium. But it does give you experiences. You experience the idea of pirates. You don’t see a story that starts at the beginning and ends with, ‘By golly, they got the dirty dog.’ It wasn’t that way.”

Apparently this was a jab at former CEO Michael Eisner, who filled the parks with narrative structures that were designed for films, but not parks. In that context, I agree with Davis' gist.

What pisses me off is his phrasing. Eisner may have used the word “story” as a slogan to rationalize some tasteless choices, but he didn’t change its definition.

Theme parks are full of stories! It's part of what makes 'em so special. The difference between an amusement park and a theme park is that a theme park is unified by...well...a theme--which is a narrative concept.

What’s more, there are tons of narrative structures that were designed exclusively for the parks. They don't exist anywhere else. If we wanted to tell a Forensic Story, for example, we couldn't do it in a movie or a novel. It would be too oblique. We'd have to tell it in real life, by committing a crime and then toying with the police.

How clever! If only Zodiac had used his skills for Imagineering!
(...although, to be fair, he might have. We don't know.)

Theme parks and narratives have been revolutionizing one another for the better part of a century, and the results have been fascinating. Despite that, their relationship is barely being studied.

Davis certainly isn't encouraging anyone to do so with that quote. To me, that's a shame--but maybe I’m being too harsh. After all, the quote gets one thing right. Most attractions don’t have a story.