What is Disneyland's theme?

Islands of Adventure is one of the most popular theme parks in the world. It has lands devoted to Dr. Seuss, high fantasy, Harry Potter, Jurassic Park, cartoons produced by Jay Ward, and Marvel Comics. What do these themes have in common?

Um. They all have lands in Islands of Adventure...?

Universal claims that the park’s theme is “places to adventure.” At best, that means, “places to walk around and go on roller coasters." At worst, it means, “whatever Universal can get the rights to.” 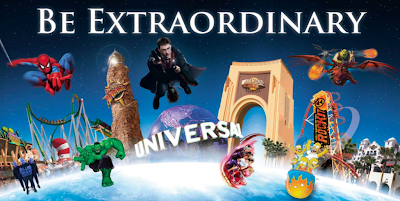 Nothing says "extraordinary" like mass-marketed franchises!
Without a theme to unify its lands, Islands of Adventure is not a theme park, but a themes park--or, more pedantically, "an amusement park with themed lands." That’s no great loss, because it’s still a lotta fun, and it doesn’t have much integrity to lose. It’s not like we're talking about Disneyland, here.

Say, while we’re on the subject, what’s Disneyland’s theme?

Nothing’s coming to mind. Animal Kingdom's theme is “animals,” EPCOT is “a permanent World’s Fair,” Hollywood and Universal Studios are both “movies,” but Disneyland? I dunno.

Disneyland is definitive. When you hear the phrase “theme park,” you probably think of the castle. It’s so iconic, they’ve cloned it five times, on three different continents. 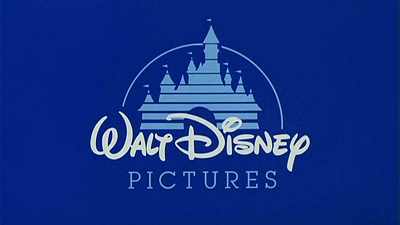 A mouse made the company, but he isn't its logo.
Surely the quintessential theme park is, indeed, a theme park, and not “an amusement park with themed lands!” Surely there’s a subject that unifies it!